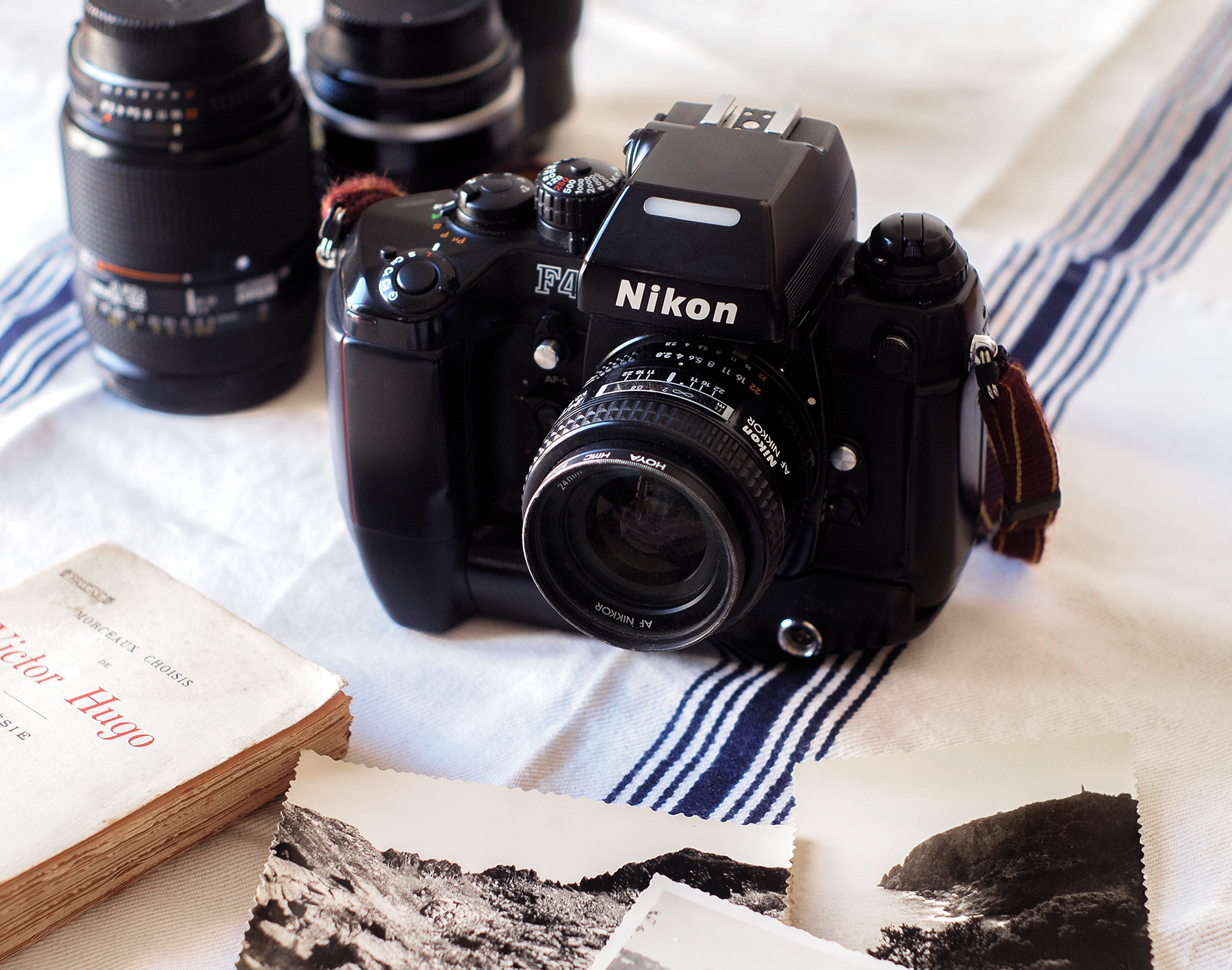 Back at my parents’ house, my father set all the cameras my grandfather owned on a table. From Leicas to Rolleiflex, the selection was quite remarkable.

At the end of the table throned a bulky monster: the Nikon F4. I immediately developed an aversion for the beast. It looked — and felt — heavy, complicated to use, and at the opposite of what I seek lately in photography: discretion.

What struck me the most is the lack of confidence in myself when I took the camera in hand. All these knobs and controls were totally foreign to a regular Nikon user. Out of frustration, I told my father the Nikon F4 was simply unusable: I could not picture myself (unintended pun) carrying that load on a mountain trek, or even for a Parisian photographic stroll.

Then, a few weeks later, when I saw the beast again, it reminded me of my grandfather, who always carried it wherever he was. He used to take pictures of my brother, my sister and me as we were growing. I remember being intimidated by his “big professional camera”… and his sleeveless fishing jacket, with a lens in nearly every pocket.

I decided to give it a shot and took the whole camera bag, full of lenses, flashes and manuals, and took it back to Paris (Sorry, left the vest). And then… I fell in love.

1988. The Russians were leaving Afghanistan, the war was over, at least for the time being. Rick Astley came out with a new song: Never Gonna Give You Up, and Bruce Willis saved hostages in Die Hard. Most importantly, I was one year old, pretty happy the world was moving so fast around me.

That year, the Nikon F4 came out, replacing the legendary Nikon F3, as the ultimate professional camera.

The F4 was, by far, the biggest innovation ever made by Nikon. It is different from the F3 on every level. Let’s remember it was the first professional camera to embed autofocus. Mine is a F4S, which means it comes with a motor that can shoot a film in a few seconds. Please do not do that, except if you have money and film to waste.

The F4 is designed like a tank. Plastic is not welcome on that bad boy. Every knob is fully waterproof. The environmental testing Nikon has performed on that camera is just out of this world: roasted at 70°C (158°F) for 20 hours, then frozen at -40°C (-32°F) for 20 hours. Brutal temperature variations from -20°C (-4°F)  to +60°C (+140°F) and back for 64 hours. Full humidity, and then dryness… With no impact whatsoever on the operational performance. I wonder if even the plastic of a Nikon D6 would withstand these conditions (any Nikon fan around?).

Nikon knew they produced a virtually indestructible camera, and they advertised it in that way. Here is an ad in the “Popular Photography Magazine” from January 1993 : “Have a shot in hell” seems appropriate. To know more about the technical specs, you can visit the excellent Ken Rockwell website.

Some say the F4 introduced the modern controls we have on digital cameras. It probably introduced them but — thank God — it got simpler and simpler over the years. The abundance of knobs is crazy. You can virtually set every parameter on that camera. Powerful, but intimidating. I had to read the manual to understand how it work. Yes, READ A MANUAL. IN 2020. That how overwhelming it is.

The tank is definitely a tank, and it weighs like one. When traveling, you need to decide wether you prefer your clothes or your Nikon.

Despite its weight and look, I adopted the Nikon F4.

Using it feels like taking your Ferrari to the farmer’s market a block away: totally unnecessary, but satisfying. The fact it can do anything is soothing: It is probably more reliable than me. Its clunkiness makes it endearing. Come here Nikon F4, I understand you.

What about some pictures?

I took the Nikon F4 for a test drive on a cloudy February weekend. I might say I appreciated shooting with it, and the Nikkor lenses are still sharp. I will definitely use it when the next war breaks out. 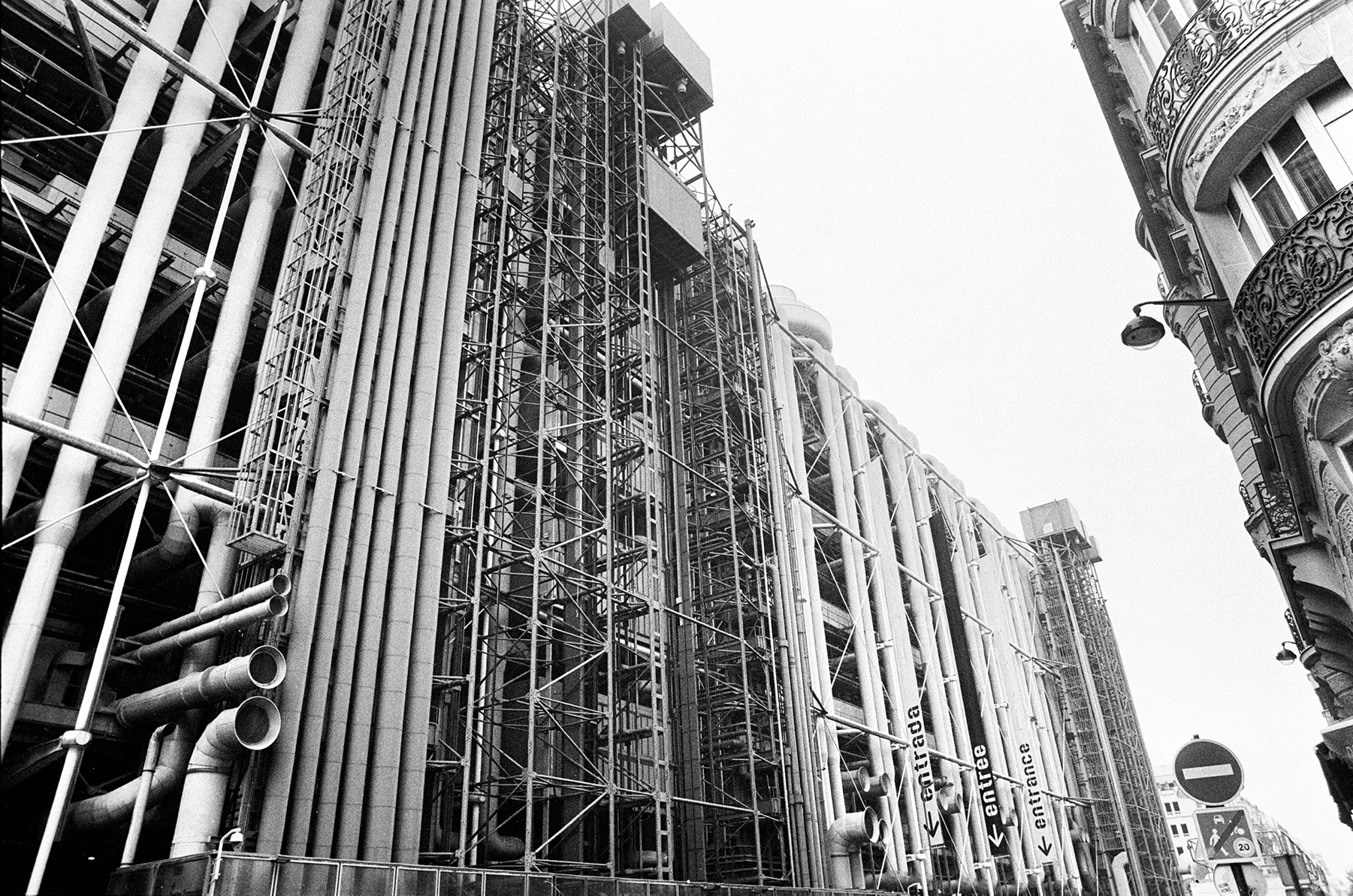 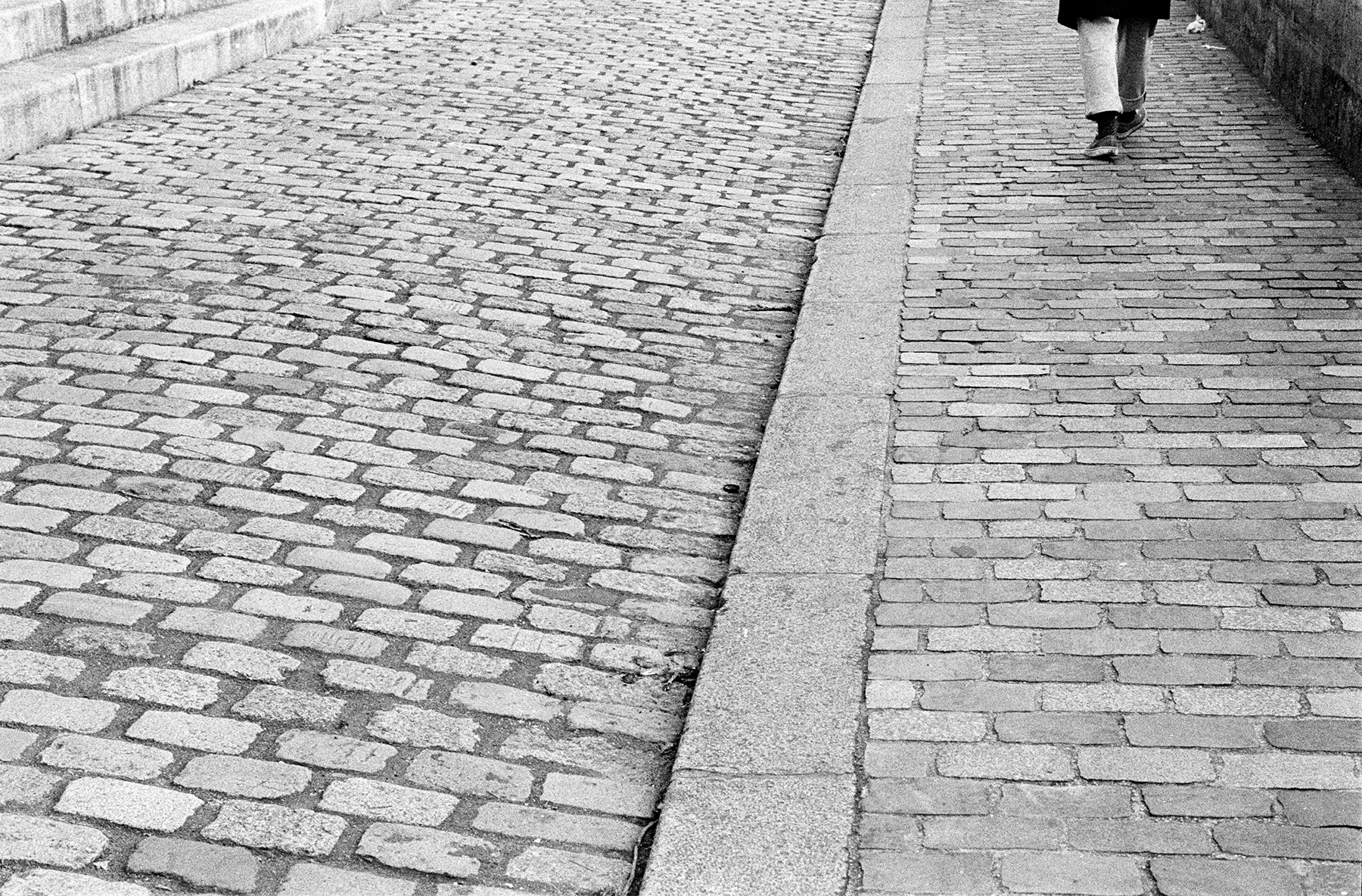 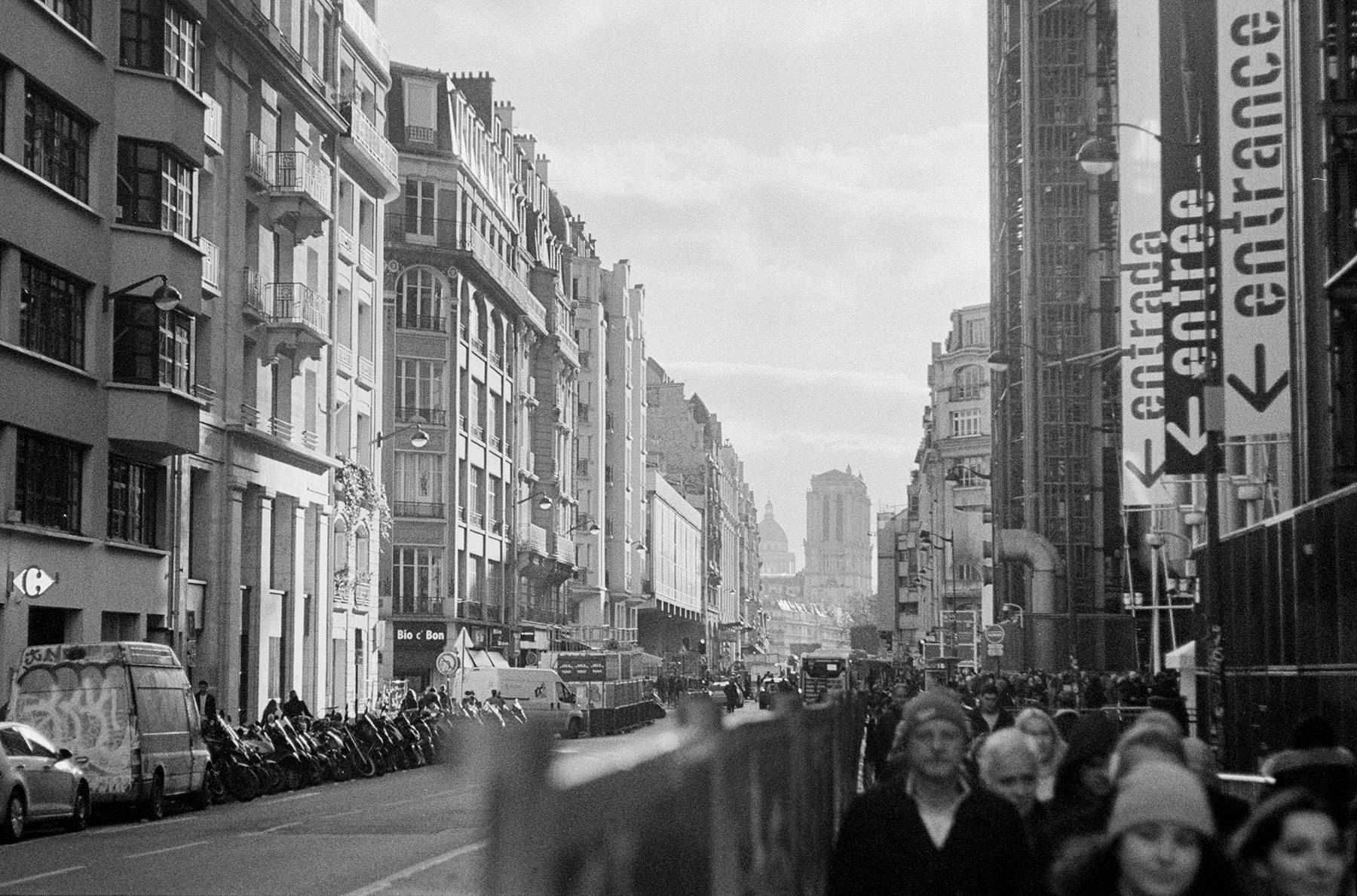 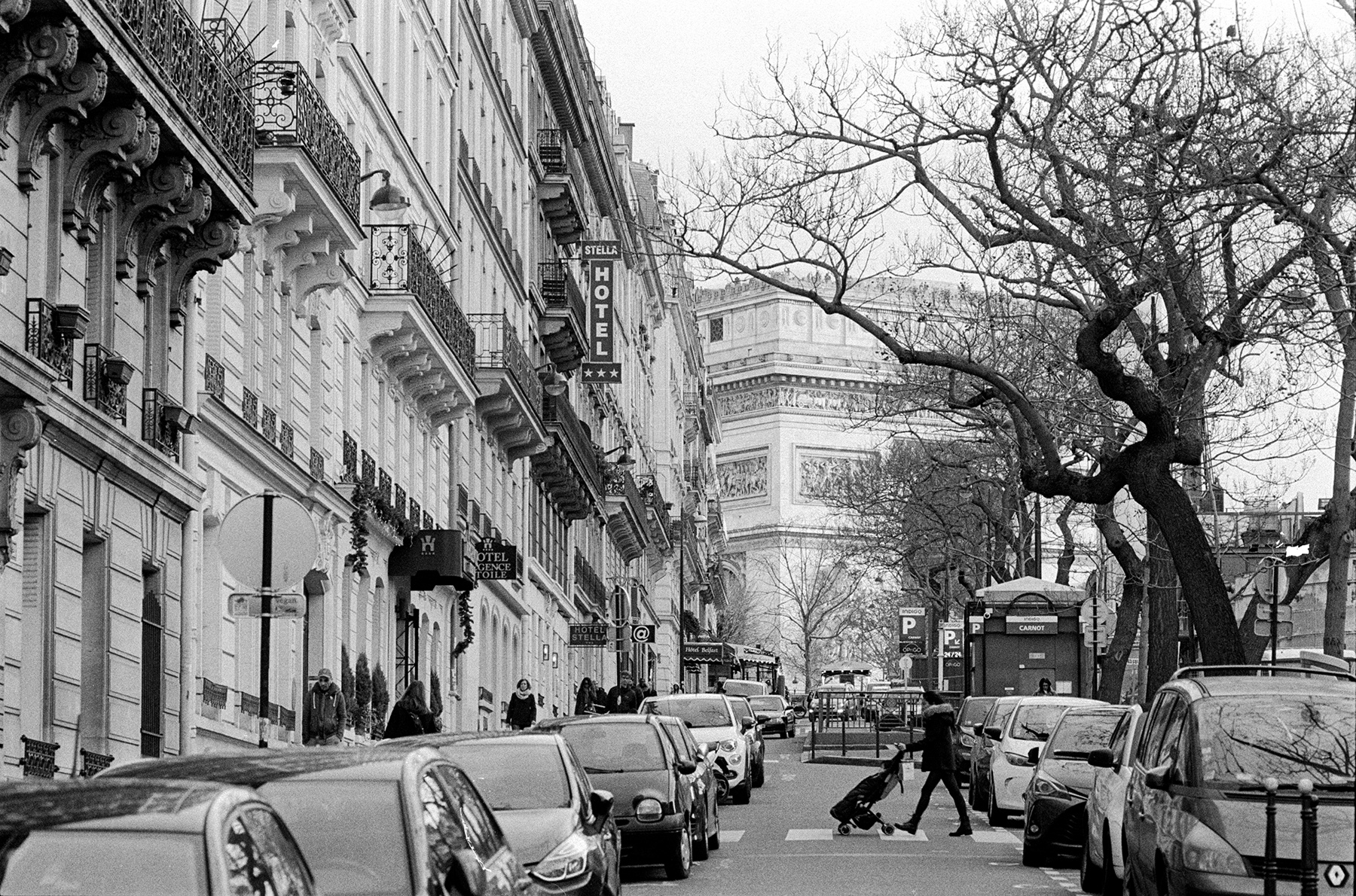 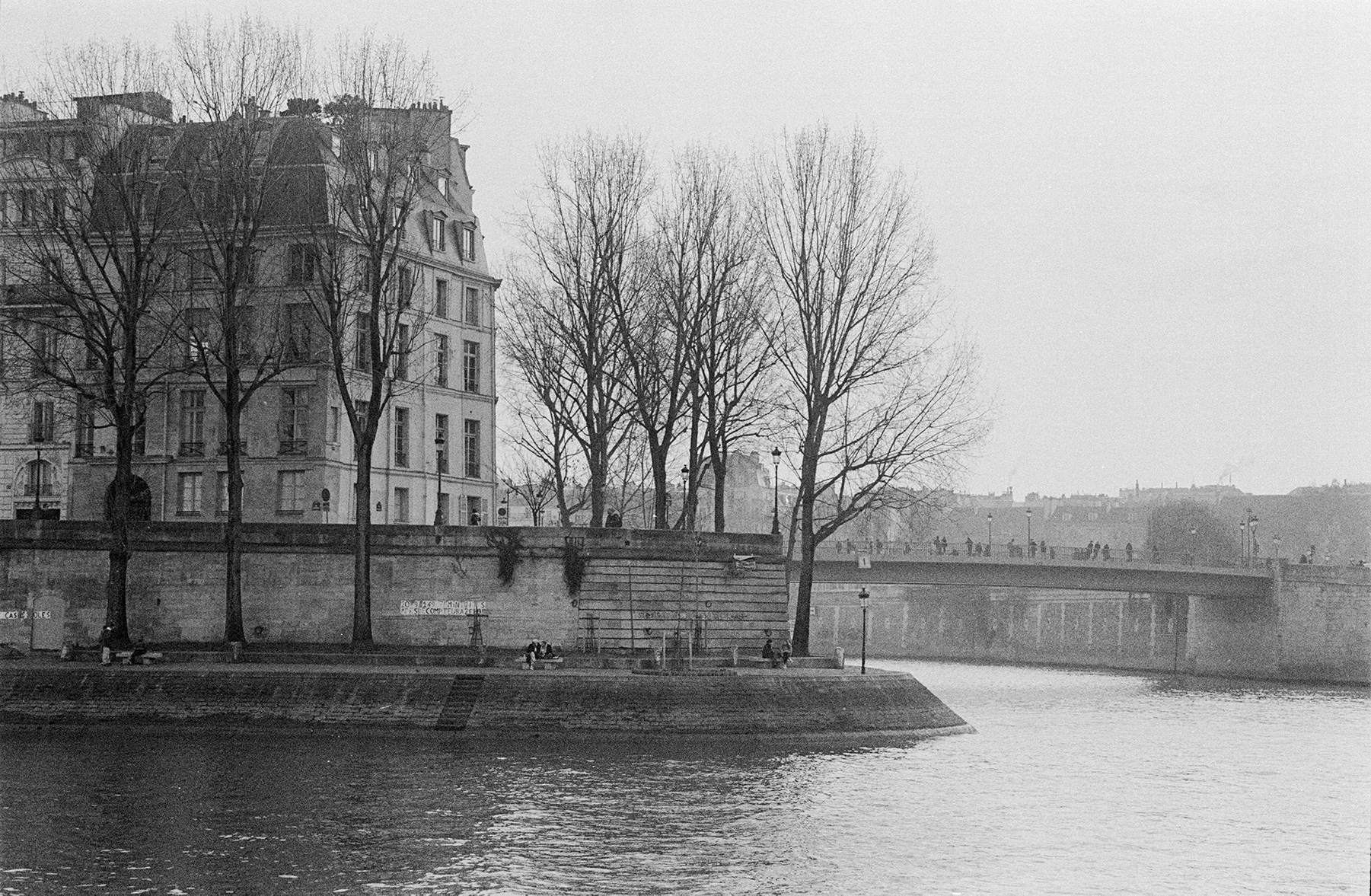 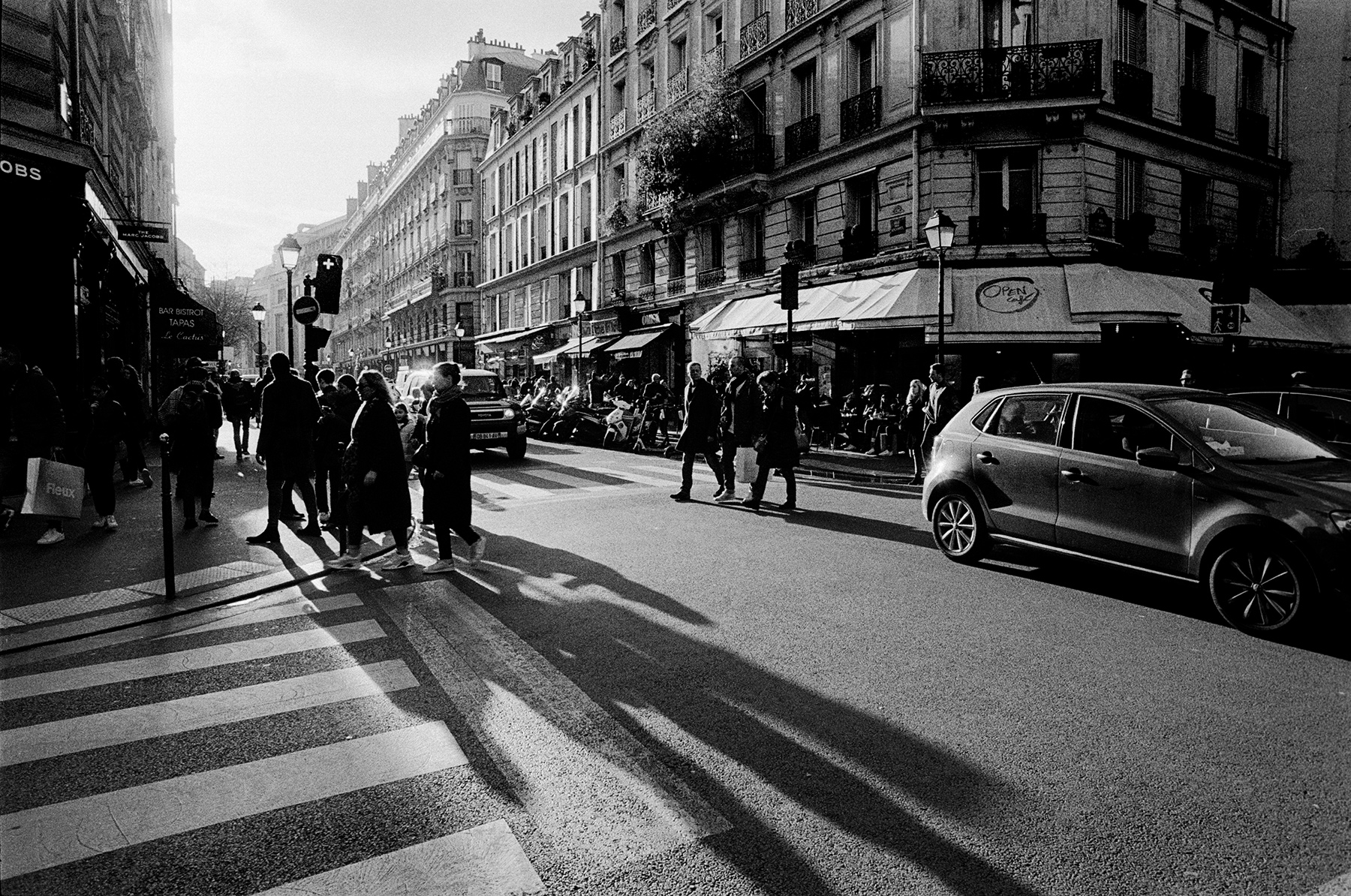 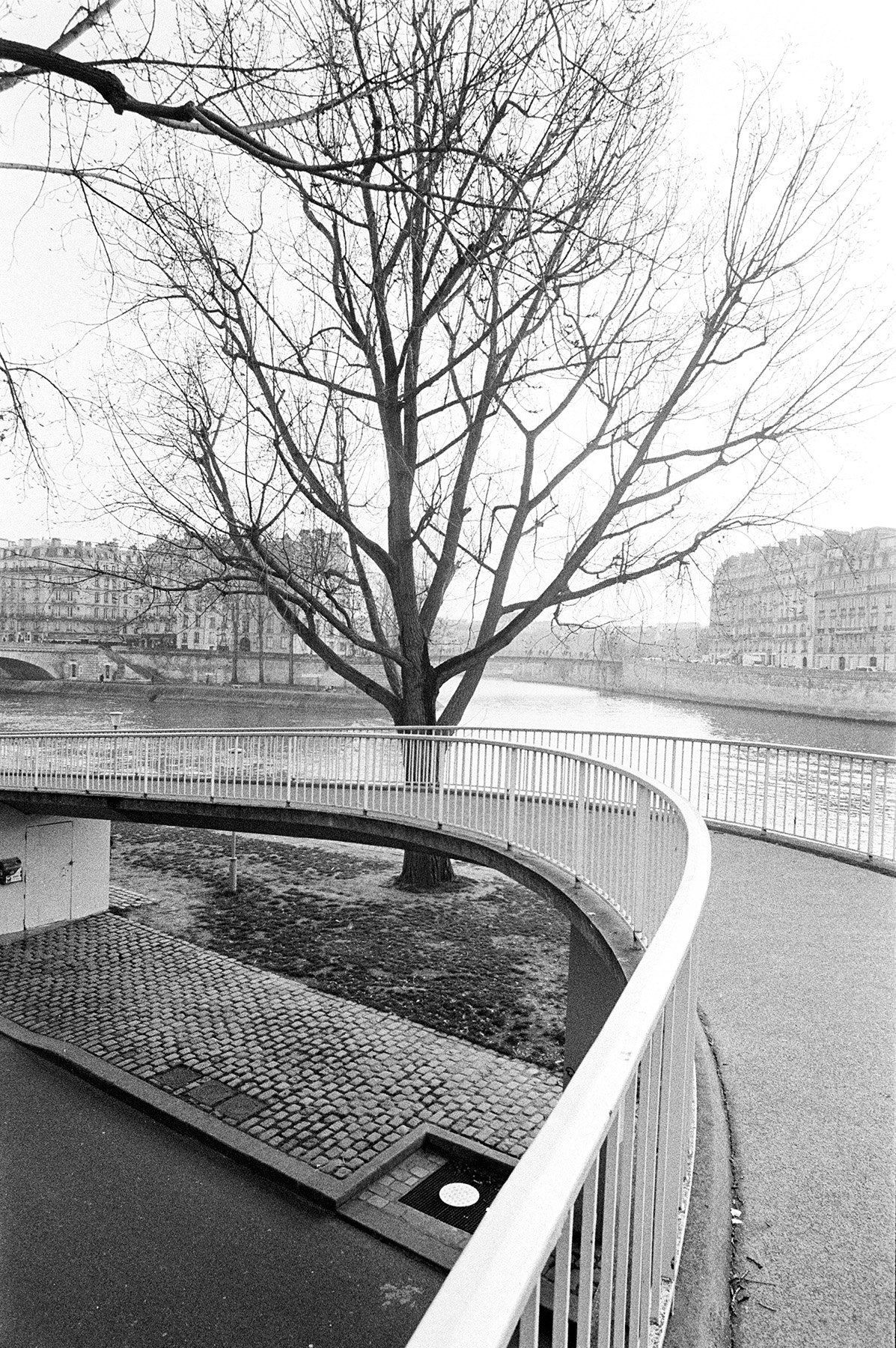 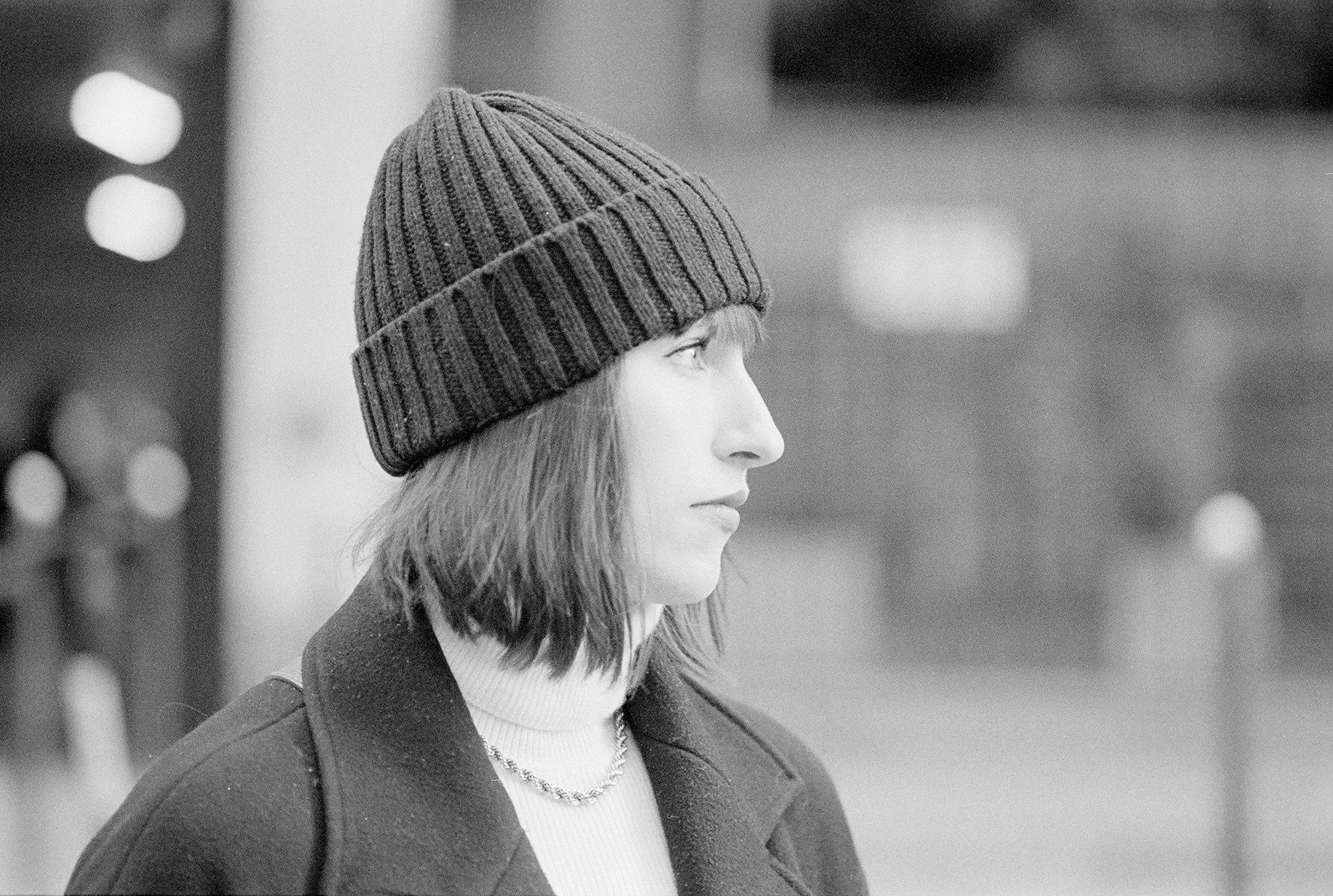